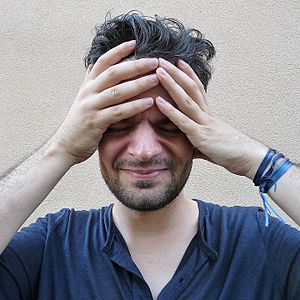 ​”Fear and Panic are two separate emotions, Fear’s healthy, Panic’s deadly” (Frosty Hesson)As time goes on, records are always going to be broken and while its nice in recent times to be talking of all time market record highs, 2020 and February in particular have seen some market falls, cumulating in the largest single day drop for the Dow Jones in history last Thursday, over view being….

So a sea of red as expected with current Corona Virus sweeping across the world…seemed to help the US Dollar though, data being

So is this justified, or panic selling? As well as the biggest single day drop in the Dow’s history, we also saw the largest weekly fall in the S&P 500 since the market crash of 2008. In more recent times, the last time the panic buttons were being frantically pressed would have been Q4 in 2018, when we saw the S&P fall from 2929 to 2485, a drop of 17.9%. Today this market sits at 2954 so pretty much back where we were, so buying that dip would have served you well as long as you took some profits along the way.

Since the Corona Virus started, S&P is down just over 11%, so still some way before hitting the  17% slump mentioned above.

Whilst I’m not going to say for certain that this market has bottomed out, there are signs that we should get a bounce next week as Friday tried to break even. I don’t think we are out of the woods quite yet and one differential between this mini crash and the previous is that especially in my region, I can physically see the impact this is having on the economy, rather than a load of traders just deciding that companies are over valued.

That said, the reports coming out of China suggest that the number of increases in cases already plateaued between 23rd January and 1 February, suggesting their containment measures are working. The number  of cases outside of China are still quite small in number and on the ground the response from where I am has looked impressive.

Emotion is still the overriding factor in any market movements and there is a lot of fear out there at the moment. But at these times bear in mind the words of the great Warren Buffet to “be greedy when others are fearful”

As mentioned in last month’s blog last time we had anything similar was 2003 with SARS. Back then the virus was contained within 7 months, the markets losing 14% in that period but those losses were quickly reversed and seven months later you would be 20% up

In terms of man’s innovation, 2003 literally was generations ago, Facebook hadn’t been founded, the Iphone was still four years away. For Ipads and Instagram we would have to wait another seven years. In 2003 it took 20 months to develop a vaccine, whose to say this couldn’t be done in a fraction of the time now given how much further forward we are than 17 years ago.

So do I see value in this market, Yes absolutely. Occasionally it takes events like this to bring valuations out of the clouds and in my onion this has happened

The impact on stock markets has pretty much been global. Only a handful of niche markets have remained in positive territory, Estonia , Bahrain and Venezuela being notable exceptions, the latter up a whopping 20%, not that I’m advocating buying Venezuelan stocks..

But Panic is never a strategy. Taking profits out along the way, ensuring some level of diversification is important but so is buying low and right now share prices are generally low.

Interestingly,  the Chinese and Emerging markets have not been as affected as the US – though as the Global players  trade in the US they are likely to be hardest hit.

“MY GOAL IS SIMPLE. IT IS A COMPLETE UNDERSTANDING OF THE UNIVERSE, WHY IT IS AS IT IS AND WHY IT EXISTS AT ALL”(Stephen Hawking) Brasil, Brasil, Brasil……., well congratulations to anyone who had investments in the Brazilian market. For the first quarter of 2016, a nice ETF would have made you just under 27%….

“Let our advance worrying become advance thinking and planning” (Winston Churchill)Due to holiday season, share trading during August are almost always at their lowest volumes. We now head into the final third of the year when volume increases again. The latter parts of the year normally produce the biggest gains, especially Q4, so lets see what happens. The…

​”Quality is remembered long after price is forgotten” (Aldo Gucci)So half way through a year that seems to have lasted forever and whilst we are still not completely “out of the woods” in respect of Corona Virus, we can at least see the exit. Markets continue their recovery post March crash with data being …..

“Price is what you pay, value is what you get” (Warren Buffet)November has  passed and 2017 is rapidly drawing to a close. The bulls still appear to be rampaging in the US, where we have a confident economy and we should all be wealthier than we were this time last year given the market increases….. Regular…

“The True Investor welcomes volatility.. a wildly fluctuating market means irrationally low prices will be periodically attached to solid businesses” (Warren Buffet)So during the month of October, a not unexpected sell off in the markets and more specifically tech has seen the largest one month slide of 2018, giving the Panic Monkeys and Doomsdayers a…

“”NO” WITH DEEPEST CONVICTION IS BETTER THAN “YES” TO AVOID TROUBLE” (Mahatma Ghandi) I can just imagine Messrs Farage and Johnson in their younger days head-banging along to the punk classic, “If I go there will be trouble,  an if I stay it will be double”  Until very recently (and I still just about hold this view), I was under the…