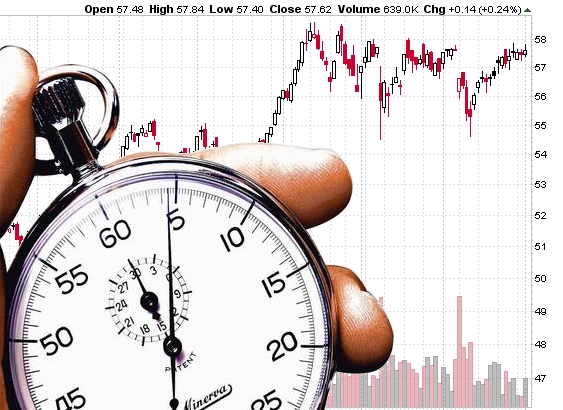 
Another month has passed us by and although the markets and the “state of the economy” still seem to be all over the press, for most of the major indices it was a fairly flat month. The Dow moved up just 0.3%, the FTSE 0.2% and the Nasdaq despite its inherent volatility moved just 1.9%, albeit this was in the wrong direction. If you look at China as I write this, the market is just 8 points different to what it was at the start of February.


The very nature of the equity markets mean that you have volatility and as I have mentioned numerous times this is driven by emotion. Mind you the above some numbers do not suggest things are too volatile out there right now.


One area of the market though which had another bad month was Japan, down 11%, taking its year to date losses over 16%. Although nowhere near to the extent of China, I have always found the Japanese market a little enigmatic and because of this and not having a thorough understanding have tended to stay away. However when looking at an economy which is not fundamentally flawed and a conservative outlook, I have to believe their is some value there. Perhaps a passive tracker may be a product I will be adding to my recommended list.


One of the perceived problems with Japanese business is that it is old fashioned and “stuck in its ways”. In fact many Nikkei companies have board members (including CEOs in some cases) who are in their eighties and some even into their nineties.


These gentleman (and I say that because Japanese women are still underrepresented at board level) have come from a time when Japan was successful at doing things its own way. Of course many of these traditions bring value to business but needless to say this “old guard” will not be around forever and perhaps the next generation of leaders will embrace the global outlook a little more than their predecessors, which can only be a good thing. Skills such as speaking English were not considered as important in the past, are now a vital part of a young successful Japanese business person’s artillery. So from a country with some of the finest beef on the planet, I am indeed very bullish…….Moo!


The oracle of Omaha, Mr Warren Buffet was being interviewed on CNBC last night. Although I do not think it can be accredited to Warren, the above quote is certainly one he believes in and following this idea has contributed to him being by far the most successful investor ever.


Most of you probably know his philosophies all revolve around the business and the company that he is buying, not the economy or the price / perceived value. Some great snippets from his interview include stating that “focusing on quotations is a terrible way to invest”, comparing owning shares to starting your own business in that you would not focus every day on the value of your new venture, you would look at it over a period 5/10 years and even stating that most economists do not make money in the market and that in fact Keynes was a failed investor before turning to economics!


Good management, business efficiencies and companies that have a history of adapting over time were all mentioned in Buffet’s comments. His ideas that you have to look at the actual company rather than the market was highlighted by a point he raised about a company laying off staff. This usually causes the price to go down, when in fact what they are doing is making their business more efficient.


A couple of stocks I like are 3M and McDonalds because of the reasons mentioned above, they are trading at and $156 & $117 as I write so watch this space


I know it seems like a cop out by simply following a similar philosophy but who can argue with a guy worth US$67bn.


This same idea of following successful investors is why I buy managers such as Woodford and Smith. As you can see from the attached, an investment with Smith would have made you 16% in the last 12 months, not bad especially given the “state of the economy”……..?


Look forward to answering any questions you may have.

“Compound Interest is the eighth wonder of the world, he who understands it earns it, he who doesn’t pays it” (Albert Einstein)The third quarter has now been and gone. Quarter four is historically the most fruitful  for investors. We often see larger volumes being traded and whenever the S&P 500 has been up in August…

​”In the middle of every difficulty lies opportunity” (Albert Einstein”)So another month has been and gone and as we enter December, historically the month with the best performing markets, we reflect on November and saw some of those unjustified losses being clawed back. The US still leads the way, with Brexit affecting both UK and…

​”Quality is remembered long after price is forgotten” (Aldo Gucci)So half way through a year that seems to have lasted forever and whilst we are still not completely “out of the woods” in respect of Corona Virus, we can at least see the exit. Markets continue their recovery post March crash with data being …..

“I wouldn’t say I was the best manager in the business. But I was in the top one” (Brian Clough)​Happy New Year….. Lets all hope that 2018 is as prosperous for you as 2017 was. If you didn’t have a stellar year with your portfolios / pensions , and by that I mean at least…