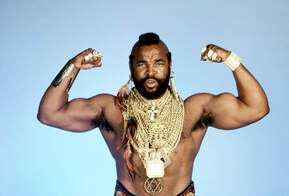 ​”Know what you own and know why you own it” (Peter Lynch)Quarter 2 for 2019 is over and after a difficult May , the markets in June had a great month, in fact the best since 1955 culminating in the best 6 months the S&P has had this century, 1997 being the last time S&P returns were better…raw data being

And on the currencies, in what is usually a volatile area..somewhat of a benign month with major currencies edging their way back against the USD

The above positive data somewhat seems to defy the general consensus on the state of the economy.  Politically we are in an era where there are devisive figures about and perhaps its that which leads to the constant flow of comments such as the UK and the US being “in a mess” . Good performing markets, some of the lowest levels of unemployment in many years suggest otherwise.

I often talk about the consumer being a driving force in equity markets. The more tubes of toothpaste Colgate sell, the more the value of the company increases etc

Five contributing factors go into this measurement are:
The index has been around since the mid 1960s. The UK which is in apparent turmoil is lagging but consumer confidence is at 53%. So when confidence was at its lowest in the last 50 years, it would be 0%, when at its highest 100%…so not great but better than half of the time in the last half century

The US however is sitting at 93%, Developing market giants India and China at 91% and 98% respectively…Vietnam is at 100% meaning never has consumer confidence been higher

Geo Political risks are there, the possibility of military action against Iran is strong with Donald in charge but history has shown that the market reaction will  be short and brief

In fact, the above data still remains strong for both China and the US despite the “Trade War”..The Chinese markets and US markets being the best performing of those listed above. Whilst I hate predicting what will happen, I think we can expect a good day tomorrow as the talks between Trump and Xi at the G20 were reported as positive.

So I remain bullish and advocate well managed equity portfolios that own good companies that sell good / useful things for the consumer. I’m often asked about Gold and my answer is I do not buy it because I do not understand it. Unless you rock the Mr T look in the picture above,  ever since the Gold Standard disappeared in the first half of the last century, I do not understand what value it has

You cannot eat it, burn it for fuel, send a text message with it , cure a chronic disease etc

And the results speak for themselves. Over the last five years, Gold returned an average of 1.3% per annum barely an inflation buster and in line with fixed deposit cash. The S&P returned 10% per annum….

Some businesses are inherently good. They have products that everyone wants and needs, this is where your long term steady growth is. To quote again the great Peter Lynch “Buy a Business that any idiot can run, because sooner or later any idiot probably is going to run it”…..
Tweet

“Intelligence is the ability to adapt to change” (Professor Stephen Hawking) ​So November has been and gone and Donald J Trump has gone and got himself the job. As you know with my previous blogs, predicting what will happen in the future is a futile exercise. A GBP5 wager on a treble 18 months ago which…