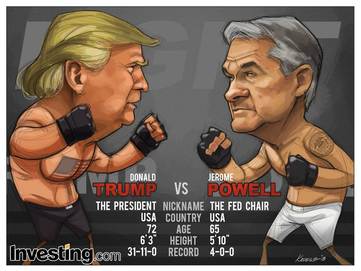 ​I’ve found that when the markets are going down and you buy funds wisely, at some point in the future you will be happy You won’t get there by reading, now is the time to buy. (Peter Lynch)So just as we were heading for a solid 2018 return, an off the cuff comment by Federal Reserve Chairman Jerome Powell at the beginning of October caused as sell off which ultimately saw Wall Street experience its worst December since The Great Depression and the worst year in a decade.

Moving forward, monthly updates will show MSCI World, S&P and MSCI Emerging markets, replacing Dow Jones, Nasdaq  & Dax. I believe these performances to be more relevant to my clients and prospects and EM especially is an area I am very positive about for 2019 and the longer term…..so lets look at the data / damage:
Dec          2018

So there were few safe havens in 2018 although we have had a lot worse years…and on the currencies we saw an equally volatile time, again just emphasising the need to have diversification here, owning some of each major currency
Dec               2018

So with the exception of the JPY, the greenback was up against all other major currencies for the year..

So the big question is what happens next? Of course nobody actually knows the answer to that question (and if anyone tells you they do, run a mile) . If I have said it once I will say it a thousand times, predicting the future is futile.

Markets are emotional places and this is one of the reasons they go up and down. The recent sell off was basically a result of the “discussions” between Powell and Trump. Whatever your opinion on Trump maybe no one can deny that his behaviour is more volatile than any other US President I can remember and this volatile behaviour feeds volatility in the stock market. His spat with Powell illustrating this.

The best managers and investors in the world are the ones who can separate their  emotions from facts. Looking at facts and fundamentals, GDP in the US remains at 3%, the best in a decade and unemployment near 50 year lows. Corporate earnings also remain strong so the foundation is there for a strong economy and you should be taking advantage of these cheap share prices.

Whilst predicting what will happen doesn’t hold much water for me, I do of course take note of Wall Street analysts and strategists who use their skills, algorithms etc to give an opinion on where the markets will be.
This is their job. An interesting article I read this morning said that not a single strategist of the major Wall Street firms  thinks 2019 will finish lower than it started. So advice is buy.

Getting out of that short term mentality is difficult but it is what separates people like the great Peter Lynch from the average investor. As with his comments above, buying low and selling high makes you happy. Lynch’s performance was second to none during his reign at Fidelity from 1977 to 1990 he averaged 29% annually. To put this in perspective not once did the S&P reach that figure. During his tenure, the S&P had three years where it fell, worth noting that on each of those occasions the fall was greater than it was in 2018.

So thats my New Year advice. Buy now, and buy well using sound Fund Managers. Although Lynch is no longer working, other excellent managers such as Terry Smith, Mike Lindsell and Giles Hargreaves are still there to make sure you get the most “bang for your buck”

I sincerely wish you all a fantastic New Year. Whilst remaining healthy and happy are the most important, having a prosperous wealthy 2019 would not go amiss…..and with everything positioned how it it, there’s no reason why this shouldn’t be the case…….

​”Buy low and sell high. It’s pretty simple. The problem is knowing whats low and whats high”  (Jim Rogers)So after months of upward  momentum, finally the bears have come out from whatever they were doing in the woods shouting “I told you so” as results across the board for February were negative as follows:      …

“Strong convictions precede great actions” (James Freeman Clarke)​So against the odds, it happened. The UK voted to leave the European Union. A cheeky tenner on a double England exit (after that tragic performance in the football against Iceland) would have netted you GBP427…., though of course your GBP would have been worth a lot less the…