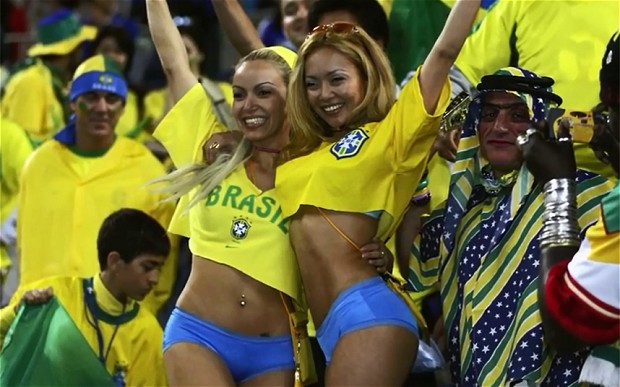 “MY GOAL IS SIMPLE. IT IS A COMPLETE UNDERSTANDING OF THE UNIVERSE, WHY IT IS AS IT IS AND WHY IT EXISTS AT ALL”
(Stephen Hawking)


Brasil, Brasil, Brasil……., well congratulations to anyone who had investments in the Brazilian market. For the first quarter of 2016, a nice ETF would have made you just under 27%. Nice. It seems to be a country in a good place from what I am hearing. They hosted what was the best World Cup in years last year, have the Olympics this year, just discovered a lot of oil and crime rates are plummeting (or so we’re led to believe). I have no exposure to Brazil at the moment, which is the seventh largest economy in the world.


“Emerging Markets” are a place to invest, no doubt. I do not however believe in buying an “Emerging Markets Fund”. The correlation between what happens in one of these countries and another is not readily clear. I certainly believe in placing the right client into certain specific areas in this space, many of you know I am very bullish on India for long term, but owning one of these “Emerging Markets” funds which owns investments in India and Brazil simply doesn’t make sense to me.


To illustrate the point, a few ETF snapshots for the last quarter


So fairly volatile to say the least, that said the more developed markets have also had mixed results and during the quarter we saw:


You can see the trend there, certainly a recovery month was March. For the record April has been the best performing month in the market for the last ten years, and as we know history has a habit of repeating itself, so food for thought.


It is statistics like the above that I do understand makes people nervous about investing their money in what appears such a volatile area. No one person in the world can understand everything. In the comment above from the truly brilliant but somewhat tragic person that Professor Hawking is, he may come closer than anyone else ever will to achieve his said goal, but I doubt he will get there.


Good companies whose services, products are in demand, who continue to develop and move with consumer desire through good management and innovation is the foundation for sound long term investing.This concept is easier to understand and that is where my philosophy lies. My house, four people maybe (including the redundant ones), twelve or thirteen Apple products, one reason I own Apple today,tomorrow, this time next year and will still own in five years.


I’ll just end this month’s brief with some currency updates. The perception out there that we have a strong US dollar is true but when looking at the first quarter currency movements actually we have seen the Euro gain 4.8%, at the start of the year US$1 would have bought you EUR0.91, now it buys less than EUR0.88. The Japanese Yen has gained 6.5% on the USD, now only getting 112 when you would have got nearly 121 on 1 January. Us poor Brits however are still struggling with a weak pound, which fell 2.3% year to date and is sitting at 1.43…..cheap in my opinion.


Whilst on the subject of currencies, one of the biggest rip offs out there is the margins that banks and other exchange houses take on currency conversion. Extreme examples are of course the Travelex counters you see at the airport.  Sadly the less sophisticated traveller has no idea of how poor the rates they are getting are. I calculated the other day that one exchange was offering 12% worse than market rate……. daylight robbery.


Not quite to the same extent but the banks often take 2/3% margins on these transactions. I have a solution which is a simple online platform where you can avoid these charges. I know many of you live out in Asia and are being paid in US$  but may have mortgages or other commitments in GBP or EUR or AUD. This platform will save you a lot in forex margins and there is also the facility to do forwards etc so you are not at the mercy of volatile currency markets (GBP / USD saw 8% volatility last month).


I will be doing a presentation on Monday 11 April here in Bitexco. Limited places so please reply to this email if you would like to attend and it will be first come first serve. I will run them from 12 – 2pm so it ties in with lunch hours.

“The way to get started is to quit talking and begin doing” (Walt Disney)​So we enter the month of May, many of us will be on holiday today by virtue of International Workers Day or Labour Day / May Day as it is often referred to. So this also means another month has passed. Despite what…

“”NO” WITH DEEPEST CONVICTION IS BETTER THAN “YES” TO AVOID TROUBLE” (Mahatma Ghandi) I can just imagine Messrs Farage and Johnson in their younger days head-banging along to the punk classic, “If I go there will be trouble,  an if I stay it will be double”  Until very recently (and I still just about hold this view), I was under the…

Brexit is happening, What should I do now??​As I sit here watching what appears to be a momentous decision being made by the people of the UK to Brexit, of course I have a lot of very concerned clients and their concerns are not unjustified. Those of you who have followed my posts, I always thought…