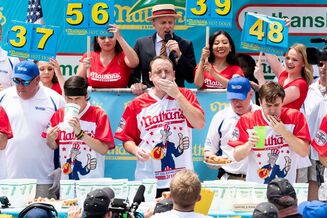 ​”Customers shouldn’t think of your business as a place to buy a product or a service. It should be a fun place to be” (Richard Branson)So November comes to an end and only one more month until we wave goodbye to the year and enter a new one. Not only that a new decade…so been a good year for you so far?…data below suggests it should..

So almost a clean sweep of positives, and on the currencies, we saw the Greenback do as follows:

So this year,  the best money would have been on the S&P 500 with a 25.2% gain. That gain is the 14th largest since 1928 (when the index began). These gains were helped by a very strong start to the year following the mini crash in Q4 of 2018. In fact whenever both January and February have been positive, the S&P has gained an average of 24% that year, so we are just about on course.

Not only is the S&P the biggest mover but also the best indicator of where the economy is.

The total value of the S&P is US$26 Trillion led by tech giants Microsoft, Apple, Amazon (although this is technically consumer discretionary) and Facebook. These four company’s  combined market cap makes up around 13% of the Index.

The US is still way out in front when it comes to size and the old adage “When the US sneezes the rest of the world catches a cold” is still very true. This is illustrated when you consider that the largest companies on the FTSE and Nikkei (Royal Dutch Shell & Toyota) are approximately equal to just one fifth of Microsoft, the US leader and would rank about number 35. The largest on the German market is worth just 10% of the US big boys.

With Black Friday having just passed and Christmas around the corner, the focus is again on the consumer and its this growth in consumers which will continue to drive the value of these S&P 500 components. Colgate will see more tubes of toothpaste tomorrow than they did today

The world is growing (arguably too) fast and by the end of this year the number of people on this planet will have increased by the population of Germany, Europe’s most populous country. These people will consume technology (the largest sector of S&P) and require Healthcare (second largest sector) so long term smart money should be there

​”A Goal without a Plan is just a wish” (Antoine De Saint – Exupery)So the month of February comes to an end, and as expected it followed January in the markets with all markets of interest being in positive territory for the month. The results so far this year so underpin my comments that the dips…

​.“It has become appallingly obvious that our technology has exceeded our humanity” (Albert EinsteinThe first month of the most profitable quarter turned out to be the most volatile, but at the month end everyone should have been richer with all major markets  finishing higher. Data being…                    …