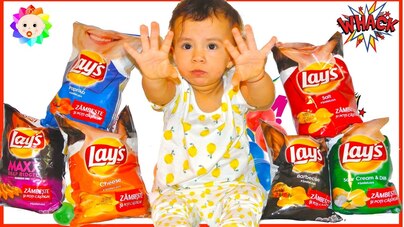 ​”Complexity is your enemy. Any fool can make something complicated, it is hard to keep things simple” (Richard Branson)A volatile August has come to an end with markets ending the month down. With the decent gains so far in 2019, this was not unexpected. So as much of Europe returns from their holidays, kids go back to school after the long break, what can we expect for September and Quarter Four as we head to the “Business End” of the year

On the currencies we saw a mixed month for the USD, losing ground against a strengthening Japanese Yen but an unusually large movement in the Chinese Yuan rate….raw data being:

September is historically the worst month when it comes to investing in the S&P 500 with an average loss of 0.5% since the Index started in 1962. Of course this does not mean that this month will be negative, in the same that that whilst Quarter four is historically the the most profitable –  yet Q4 in 2018 was a shocker.

No form of predicting or forecasting can ever be certain. The truth is we do not know whether the markets will go up or go down next month, or indeed for the remainder of this year. This is even more apparent given the market volatility – the VIX which is the indicator of the S&P’s volatility is currently 17 versus an average of 11.

Our job as Investment professionals is to look at what we do know and make a judgement call on that.

So what do we know?

We know that tomorrow we will eat, drink, wash, drive, use our phone, use a laptop…I think you get  the picture.

Within the S&P 500 there are 57 companies which have been given the title “Dividend Aristocrats” This refers to companies who have increased their dividends every year for a period of 25 years or more. Its obvious that in order to do this, the company has to be successful and buying shares in successful companies gets you long term capital growth (and income to boot!).

Taking these aristocrats to the next level (Dividend Royalty perhaps) are 11 companies who have increased their dividends every year for more than 55 years. The largest of these and household names include :

An indication of enormous success is when a product is know by its brand name rather than its generic name. The term for this is a “proprietary eponym”.

Certainly when I grew up I can remember using Tip – ex and my mum using a Hoover. It probably wasn’t until I was in my teens that I was aware these were actually called correction fluid and a vacuum cleaner. Coke (Dividend Royalty) is another example, I can’t ever recall asking for a can of “Cola”  I’ve noticed here in Thailand, locals referring to crisps / chips as “Lays” (Pespico Brand – Dividend Aristocrat”) and rarely do you hear the words nappies or diapers, its always “Pampers” (Proctor & Gamble – the King of Dividends with its 62 year ongoing increase!)

With the aforementioned companies looking after our everyday needs, the daily increase technology has on our lives and the requirement for pharmaceutical companies to provide healthcare for a growing and ageing population, it’s  large companies in these sectors that make up the lion’s share of the S&P 500. We know the products and services provided by these multi nationals will be used tomorrow. This is illustrated in the index’s performance  having averaged 9.8% per annum. A 30 year old who saves US$1,000 a month at those rates of return has US$2.09 m by the age of 60…

Using Investment legends like Peter Lynch, Warren Buffet & Terry Smith could have got you 50% more (though there isn’t time for the active v passive argument here)

So focus on what you know. Like Pepsico, Coca Cola, Unilever, Proctor and Gamble will sell their wares to billions of people   in 180 different currencies tomorrow. Leave forecasting to others as it really is a thankless task. Just ask Michael Fish the former BBC weatherman who despite getting the weather forecast correct 90%+ of the time will forever be remembered for the one time he didn’t.

In 1987, on the eve of the Greatest storm the UK had seen in living memory Michael jovially stated “Earlier on today, apparently, a woman rang the BBC and said she heard there was a hurricane on the way. Well, if you’re watching, don’t worry, there isn’t! – DOH!
Tweet

​”Fear and Panic are two separate emotions, Fear’s healthy, Panic’s deadly” (Frosty Hesson)As time goes on, records are always going to be broken and while its nice in recent times to be talking of all time market record highs, 2020 and February in particular have seen some market falls, cumulating in the largest single day drop for…