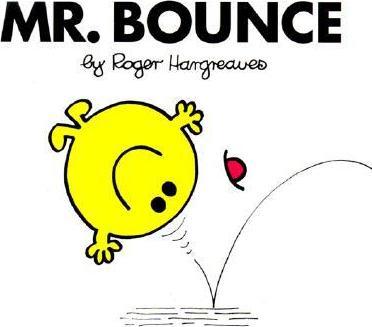 ​”Using volatility as a measure of risk is nuts. Risk to us is 1) the risk of permanent loss of capital 2) the risk of an inadequate return” (Charlie Munger)So the first month of 2019 is over. Regular readers will know that when it comes to the markets I hate predicting. Thats not to say though that sometimes the markets can be predictable……January 2019 was such a month. As I wrote about at the beginning of the month, the December and last quarter of 2018 performance was not underpinned by fundamentals which made good companies great value…I just hope you took advantage…the raw data being:

So after a few months of negativity, we had a positive market all round. The Emerging Markets (predictably having suffered the largest drops in the emotion led sell off) was the biggest winner up a whopping 11.4% in just a single month…..and on the currencies, the USD performed as follows:

So the Greenback is giving a bit back , not that anyone should be overly concerned about that. The farce which is Brexit could still have an impact on the £ and the EUR though my thoughts are most outcomes have been priced in. The Aussie Dollar has had a somewhat volatile time, again just reinforcing the fact to have some spread here…

So after the worst December since 1931, we get the best January since 1987. Ok so there is a gap between these years but 1987 is still 32 years ago…so best January in 32 years is still something you didn’t want to miss out on. All great investors / investment managers do not fear volatility and nor should you

Although all the December losses in the developed markets may not have been given back completely, over the last 50 years positive markets in January have generally preceded a positive February, with average monthly gains of 1.34%. Continue this upward trend and that “worst December since 1931” will soon be forgotten or perhaps celebrated by those who saw the value and bought.

Whenever markets fall they come back stronger. Growth is inherent to the world we live in. Its a quite startling fact that in 1987, the last time we had a better January, the population of the world hit 5 billion people for the first time. Today we are at 7.7 billion, a 44% increase since 1987 which I’m sure many of you remember like it was only yesterday.

While we all know this isn’t always positive and environmental and socio economic issues increase with this level of population growth, Unilever have have another 2.7 billion people to sell Lynx deodorant to, Nestle 2.7 billion more people to sell Kit Kats to, Diageo …….bottles of Johnnie Walker, Philip Morris….. Marlborough cigarettes, McDonalds… Big Macs, Nike ..trainers………I think you get the idea

This growth is illustrated when you look at the performance of the S&P 500,whatever period you take..

You are always going to get Doomsayers out there, frantically scratching  around looking for the next trigger for the markets to collapse, but this shouldn’t concern you. If you want to go put all your money into Gold, be my guest but a 10 year investment here would have returned you 39% – The same the S& P did in 3 years and 17% of the return

There cannot be a crisis next week, my schedule is already full (Henry Kissinger)​So it’s half time in 2017 as the month of June passes us by and we head into the second half. Although we saw a little pullback in a couple of the major indices, most notably the FTSE, 2017 remains very positive…